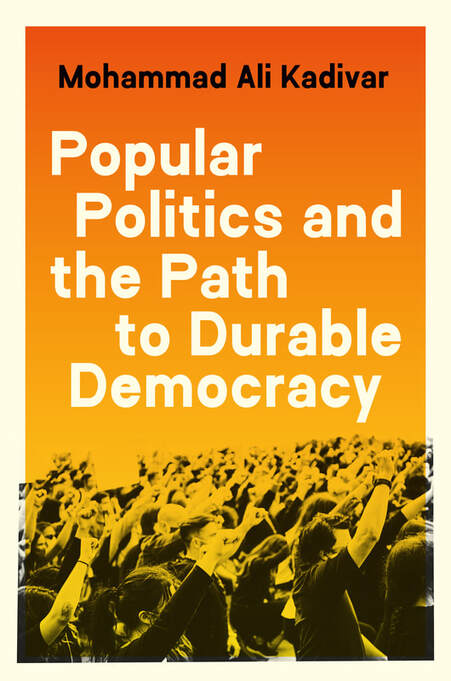 When protests swept through the Middle East at the height of the Arab Spring, the world appeared to be on the verge of a wave of democratization. Yet with the failure of many of these uprisings, it has become clearer than ever that the path to democracy is strewn with obstacles. Mohammad Ali Kadivar examines the conditions leading to the success or failure of democratization, shedding vital new light on how prodemocracy mobilization affects the fate of new democracies.

Drawing on a wealth of new evidence, Kadivar shows how the longest episodes of prodemocracy protest give rise to the most durable new democracies. He analyzes more than one hundred democratic transitions in eighty countries between 1950 and 2010, showing how more robust democracies emerge from lengthier periods of unarmed mobilization. Kadivar then analyzes five case studies—South Africa, Poland, Pakistan, Egypt, and Tunisia—to investigate the underlying mechanisms. He finds that organization building during the years of struggle develops the leadership needed for lasting democratization and strengthens civil society after dictatorship.

Popular Politics and the Path to Durable Democracy challenges the prevailing wisdom in American foreign policy that democratization can be achieved through military or coercive interventions, revealing how lasting change arises from sustained, nonviolent grassroots mobilization.


“In this timely and necessary book, Kadivar demonstrates that mass unarmed protests alone are not enough to bring about democratic change. Instead, mass mobilization needs to be durable over time—a task that requires developing resilient organizations that build collective identity, democratic norms, leadership, and institutional power. In the current age of global democratic recession, this is a powerful, must-read book for scholars and activists alike.”—Erica Chenoweth, Harvard University

“Popular Politics and the Path to Durable Democracy is, quite simply, the definitive study of democratic consolidation. Drawing on an original historical dataset and rich case studies, Kadivar shows that transitions driven by prolonged, nonviolent, contentious mobilization produce the most robust democracies. With its powerful arguments about how civil societies and organizational structures shape struggles for democracy, this book is indispensable reading for all those who care about democracy.”—Patrick Heller, Brown University
​
“A compelling and superbly crafted book that will significantly reshape how we think about the conditions most favorable to democratic stability. Kadivar persuasively argues that new democracies based on popular mobilizations from below are more likely to survive than those that emerge from other pathways of change.”—Robert M. Fishman, author of Democratic Practice: Origins of the Iberian Divide in Political Inclusion​